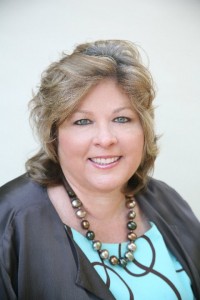 TRACY BEARD is a Social entrepreneur and businesswomen.

Tracy has been on the Board of Director for Girls Inc. of Carpinteria the past six years as head of the development committee.  She has an impressive track record when it comes to being active in the Santa Barbara community with an emphasis in nonprofit organizations. For the past twelve years; she also has spent that time supporting philanthropic events. In addition, she was honored as the 2012 Women of the Year Award by the International Women’s Festival, where she held the title of executive director and co-produced in its 2013 -2014 festival. She has also been appointed to the Santa Barbara County Commission for Women in 2013. Tracy serves the women of the Associations of California Commissioners as the “communication director.”

She has a passion for women’s issues, mental health issues and charitable children’s programs,” Beard said.  She helped raise $1.5 million for the Boys and Girls Club of Santa Barbara, CASA, Girls Inc., the Mental Wellness Center and the Children’s Creative Project over the 12 years living in Santa Barbara County. Tracy was honored with the Volunteer of the Year Award from the Boys and Girls Club of Santa Barbara in 2011 & 2012. Along with serving as an advisory member to the Santa Barbara nonprofit organization Hearts Adaptive Horse Riding, the Mental Wellness Center and the Association of Fundraising Professional, she has also worked as special events director for the philanthropic Dreier Group. She was regional human resources director for the Marriott Corp, restaurants division in Washington, D.C., for 10 years.  Her work with Carpinteria has also led her to receive the Carpinteria Valley Chamber for Merit Award.   In 2007, she received the distinguished “Spirit of Excellence” fundraising award from the International Special Event Society at the Ronald Reagan Library in Simi Valley and the Westie Award for Wedding Planner of the year in Denver the same year; while service on the Los Angeles Board of ISES. Tracy’s passion was to share the ISES knowledge on introduce the organization International Special Event Society to Santa Barbara County.

Tracy holds a certification from the Santa Barbara Nonprofit Support Center in fund development.  She is a long-standing member of the Society for Human Resource Management. Educated at San Joaquin Delta College Uuniversity of the Pacific in Stockton CA.  She is co-Producing the 2015 Santa Barbara Women’s Day Signature Events with “Twinkle” Marie Manning.