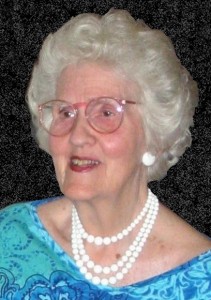 Elizabeth Dodson Gray was one of our early guests to visit our Boston-Hub studio.  She brought with her a wealth of information that women of all ages can take to heart.

She graduated from Smith College in 1951, and earned her BDiv from Yale Divinity School in 1954. In 1957, she married fellow Yale classmate, David Gray, with whom she has two children, Hunter and Lisa. From 1957 to 1972, the couple worked together in Epicopal parish ministry, and during the 1970s and 1980s, they taught together at MIT’s Sloan School of Management, at Williams College, and at Boston College; Elizabeth Dodson Gray also taught at the Antioch New England Graduate School in Keene, New Hampshire.

She speaks and writes as a feminist theologian, seeing herself as an heir and critic of the Judeo-Christian tradition. She has authored four books, edited one, and co-authored two others. In 1989 the National Film Board of Canada’s Studio D released a 19-minute film, “Adam’s World,” about her thought and work.

Elizabeth Dodson Gray served as the executive director of the Theological Opportunity Program (TOP), now the WomenExplore Lecture and Discussion Forum, for thirty-two years, from Fall 1978 to the end of Spring 2010, and she has attended TOP/WomenExplore since its beginning in 1973.  She was instrumental in shaping TOP/WomenExplore into what it is today—a strongly feminist organization which uses the feminist process of sharing our lives and issues, and looking there for concerns from which to design future TOP conference series. This unique method of designing the series is what makes TOP so special.

For the twenty years from 1975 to 1995 she was away two or three times a month lecturing in the U.S. and in Canada on campuses, at regional and national conferences, and in church-related settings. In 1990 she gave a lecture Uppsalla College in Sweden, and in 1991 she lectured in Britain at Mansfield College, Oxford and at the University of Edinburgh and the University of East Anglia.

Her lecturing was an outgrowth of work she and her husband David did as members of Carrol Wilson’s team at MIT’s Sloan School of Management for a multi-year seminar on “Critical Choices for the Future,” an anticipation of today’s energy concerns and global climate issues. In 1973 they prepared with another MIT colleague the staff work for ten days of Congressional hearings in the 93rd Congress, published as Growth and Its Implications for the Future.

Her own first book, Green Paradise Lost,asked why did we ever think we could get away with treating nature so badly. It is now viewed as one of two classic eco-feminist texts.

In the early 1970s, Gray “worked out for herself a feminist critique of our male-dominated culture.” Her second book, Patriarchy as a Conceptual Trap, condemns what since the Middle Ages Christian theology has called the Great Chain of Being—the cosmic hierarchy which she finds rooted in the patriarchal “ranking of diversity” which begins with men ranking men above women. Ranking diversity is the conceptual trap.

In 1988 she edited Sacred Dimensions of Women’s Experience.This book was based upon the 1985 Fall TOP series. It is by 31 women, writing autobiographically, and is about the religious dimensions of those portions of the total human experience which males never experience—and therefore have never named as sacred (for example, women bringing life in childbirth).

In 2000, Gray received Yale University’s Distinguished Alumni Award. And on 3rd June 2010, at a Spring Garden Party honoring their service to TOP, Elizabeth and David Dodson Gray were presented with the Donella Meadows Award by the Club of Rome (USA). Donella Meadows was a pioneering American environmental scientist, teacher and writer and is best known as lead author of the influential book The Limits to Growth.  She was a long-term member of the US Association for the Club of Rome, which instituted “The US Association for the Club of Rome Donella Meadows Award in Sustainable Global Actions” in her memory.  This coveted award is given to a highly outstanding individual (or individuals) who created actions in a global framework toward the sustainability goals Donella expressed in her writings.

Her papers are archived at the Sophia Smith Collection (SSC) at Smith College in Northampton, MA. The SSC is one of the foremost archives of women’s history in the world.